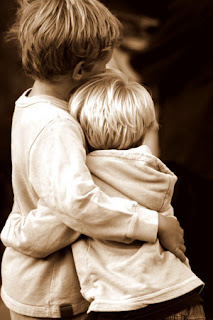 Just when you think the shift is going to be a total loss-you get lucky-then not so lucky-then lucky again!
I was in the office around mid-night debating with the dispatcher whether I should call it a day.With only a dozen fares since coming in @5pm and a gross of  a little over a hundred dollars,it was not looking good.
My buddy had already given up at 11pm and went home, and some others were just hanging out watching T.V.
I was standing there counting out what little cash I had,hoping to make the final payment on my cab tonight,and still have enough left to pay the company their split.
Mean while the phone rang,and after hanging up,Jimmy the dispatcher says "well I guess if your calling it a night you won't want that call".
Where's it going I ask? It was the Police he says, "they want a cab @ 7-11 to take a woman to *"Starkville".
Starkville...shit...thats at a least a $180.00 run I tell him.Yup he says and your top on the board,"do you want it or not?"Well hell yes I said.
When I arrived at 7-11 there were two police cruisers there, a women with a dog and, a fellow in the back of  one of the cruisers.
The officer comes over to my cab and asks how much it would be to take the lady and Fido to Starkville.
I give him the estimate of $180.00,and he balks and says "that's an awful lot of money".No shit Sherlock I say to myself ,and so is the $75.000 a year they pay you for policing this mickey-mouse town.
Can you not give her a flat rate he asks? No I said,I'm an owner/operator, and just as with any other business when you factor in all my costs $180.00 is a fair price.
I also tell him I want the money up front.So he goes back to his car and asks the guy in the back if he has that kind of cash on him as  the lady is refusing to pay-so eventually they let this guy out to use the bank machine-I get my dough and a way we go.
We are two miles down the road,when she says "pull into that coffee shop and let me out,keep $10.00(the fare to this point was $6.00) and give me $170.00 back."
~Just my Irish fucking luck~ So I give her the money back,and radio into dispatch with the bad news, and tell him he better inform the police.
A half hour passes, and low and behold I'm sent back to the coffee shop, where once again the police are on scene.
One officer is inside with the women, and the other approaches me and asks why I let her out.
What was I supposed to do I ask? I couldn't very well  hold her against her will.
Thats true he says,"I guess you did the right thing-but listen he says "just get her out of our hair,at least get her out of our district.
The other officer brings her out-and then "he" proceeds to grill me as to why I let her out!
Now I'm getting pissed off. I tell him "no disrespect sir,but I'm just a cabbie, you're the ones with the authority not me.
So he turns to the woman and tells her "if you get out of this fellows cab again, before you get home,he is going to call 9-11 and you will be arrested,is that understood?" I promise I won't she says.
He turns back to me and says"now, are we all on the same page here?"  Yeah no problem I replied.
~Like "duh" did he really think I wanted to lose a $180.00 fare!~
So once again we set off for Starkville,and now I'm itching to know just what the hell this was all about.
She wasn't offering,so what the hell I thought,I'll be nosey and ask.
Well she says, that was my brother in the back of the police car,they arrested him for domestic violence.
She went on to tell me how they were on a day trip up from the city, to see their sister and her family.
When apparently her brother started going ballistic on her for not wearing a seatbelt ,and criticizing her on her driving abilities.
So they pulled into 7-11 and started fighting,he pulling her hair,and banging her head on the steering wheel.
She fought back and managed to call 9-11.Why then,I asked,are you taking a cab, and not driving your car home?
Oh she replied, when the police  ran my license it came back as suspended
So to sum it all up,her brother was off to jail,she was off on a very expensive cab ride home,and I had a really interesting night,and paid off my cab to boot!
Posted by Cabbie Joe at 7:23 AM