The Rookie's Initiation To Driving Nights. 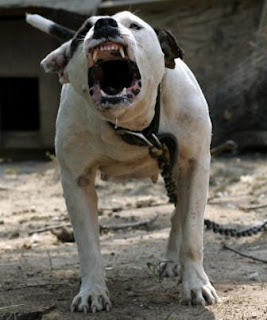 My first week as a Cabbie started in May of 1995.I was hired to drive nights as there were no day shifts available.
Though I was a little leery of running at night,I was some what comforted by the fact that this was relatively small town Canada,with a very minimal crime rate.
Things were going well and I enjoyed driving cab,but about mid-week I began to have second thoughts.
I was dispatched to a call that had come in from the Provincial Police to pick-up some guy's that they had pulled over on the Highway.
When I arrived on the scene there was a car on a tow truck,a fellow in handcuffs,and four rather rough looking dudes holding back two pit-bulls on thick chains.
I said to myself...self...this does not look fucking good! As it turn's out these are bad-ass guy's who's friend had just been arrested and had his car impounded.
These were not happy campers to say the least.They wanted me to take them about 30 miles north on the Highway giving me no specific destination.
I looked over towards the Cop with a kinda of pained expression on my face as to say"jeez officer,I don't want these guys in my cab,can't you take them all...you know a package deal".
Obviously not good at mind reading,the Cop directed the remaining four guys to get in my Cab.
One of them told me to open the trunk,after which he puts one of the pit -bulls in it and slams down the lid.
The rest pile in with the remaining pit-bull sitting on the lap of the guy behind me,I can feel the thing breathing down my neck.
They then direct me up the road into the country side,again with no specific destination,now I'm getting a little concerned.All the way up the highway they rant and rave on how to "kill that fuck'in Cop"
They then turn their attention to me and start bitching at me about the price on the meter.
We continued on out further into the country,where they had me turn down a gravel road in the middle of no where and told me to stop.We were surrounded by fields of corn and nothing else,I think great my first week on the job and I'm going to end up dead in the ditch.
The price on the meter at this point was $74.20....the guy beside me says's I want a deal,I'm not paying you that amount.I said sorry pal no deals,its not my cab,that's the amount I need from you."Shit I'm thinking,did I just say that out loud"? Duh!
He reaches into his pocket pulls out a wad of cash big enough to choke a horse,throws me fifty bucks and says's that's all your getting,now open the trunk!
I wisely keep my mouth shut,push the trunk release,they get the other dog out ,leaving the trunk open and walk off the road into a cornfield.
I don't even get out and close the trunk,I do a quick u turn,drive about a mile down the road,before getting out and closing the trunk.That trip was just a little to freaky for me.
Posted by Cabbie Joe at 1:32 PM 3 comments: 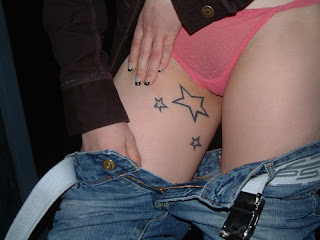 The thing about being a cabbie in a small town is you see and get to know a lot of the regulars.
And over the years you see a lot of changes in their lives,one Woman comes to mind,I'll call her Angie.
Angie was an attractive Woman in her mid twenties,two kid's and a good job,but she loved to party.
I picked her up drunk on many occasion's,one of these times it was in the early morning about 5 years ago.She had lost her job and her kid's by this time in her life,and had been out all night partying at a friends place.Take me home Joe she said as she got in the cab,she was wearing a t-shirt and pajamas.
I glanced over at her and asked no time to change Angie? fuck it she replied I'll get my clothes later.
So as we drove along on this sunny morning she looks over at the tattoo on my arm and comments "nice ink Joe want to see mine."Before I could even answer her,she has her pajamas pulled right down,with nothing on underneath,with the exception of a great tan and a tattoo on her" upper" inner thigh.I kinda of gasped...and said Jeesus Angie its broad day light."Well she said what do you think? Mean while I'm looking around at the other cars beside us,wondering if we are going to have an audience.
Ya its beautiful Angie I tell her, now pull up your pj's!

As a foot note to this I was dispatched to a local motel about a month ago,I'm waiting out side the room,
when an older disheveled looking woman comes out and get's in my cab
I look over at her and said I know you from some where,she looked at me and said is that you Joe? Its me Angie.I hadn't seen her since the pj party in my cab-she looked horrible and appeared to have aged
a good 15 years.As we drove out of the Motel lot I asked her how the battle with the bottle was going?


Not good Joe she replied,I have never been able to beat it.How sad I thought to myself as I drove her home,the bottle has taken another life and destroyed yet another family.
Posted by Cabbie Joe at 11:39 AM 1 comment:

Four of them pile into my cab,"Yeah take us down to the liquor store,a stop for smokes at 7-11, then drop us at 6489 Broadway". And hey driver one of them asks,how about a discount on the fare eh? "I mean shit man we take a cab everyday,you should give us a break"
I want to give the fucker's a break alright,but I'm think'in bones not money.
Its the never ending story I tell them,everyone wants it off the back of the poor prick driv'in hack 12 hours a day.Never mind asking the liquor store or 7-11 for a discount because your a frequent patron,you know what their answer would be,the price on the goods is the price you pay!
I spend 30-40 dollars a day for fuel at the local gas station...but jeez isn't odd that they never give me a discount.Nor does the mechanic who repairs my cab for $75.00 per hour ever seem inclined to offer me a reduced rate.
Are cab fares expensive? Yes,but so is your bottle of Canadian club and your $10.00 pack of smokes!
Cab's are a convenience,and to some a luxury,if you can't afford my services take the fuck'in bus.
This is my lively hood not a charity!
Posted by Cabbie Joe at 1:18 AM No comments: 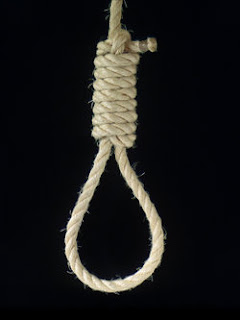 I was dispatched to a wealthy home in the country last evening.After waiting in the driveway for 7 minutes (thats 5 more then I have patience for) I went and rang the door bell ( another rarity for me,but what the hell its Christmas).An older Women answered and told me the fare I was to pick up was her psw,and that she had just fired her.She went on to say that this Women was a wreck and possibly suicidal,and that she feared the poor thing had gone to the garage and hung her self.She then asked me if I would go open the garage and check.I'm think'in this is nice,not only have I driven way out here for nothing,this old girl thinks I'm a fuck'in coroner.So after some initial hesitation,and a warning from the old girl to be-careful as the door is tricky,I wander over to the garage open it up...and to my relief my fare was not swinging from the rafters.I closed the door and of course in the process crushed two of my fingers,I literally screamed out in pain.At this point I can hear the old lady over at her door exclaiming "Oh my God"....I guess she thought I had found the missing psw.
Posted by Cabbie Joe at 12:41 AM 2 comments: 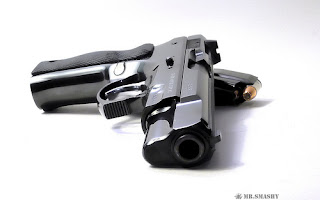 Some years back at yet another very ritzy country home I picked up a fare, a well built fellow who though not completely pissed,was certainly under the influence.
He wanted a ride into Town to his ex-wife's house as she was apparently having a problem with her new lover,this is in the middle of the night.
And my fare was going in to have a few words with this guy,at this point I hear the sound of Velcro opening up and he pulls out a pistol,saying "this ought to get the fucker's attention".
I'm like what the fuck!! What are you doing with a gun I ask? He explains that he is a Police officer on the Toronto Swat Team,and they are required to "carry 24/7".
I'm think'in maybe they meant when your sober...but eying the gun I thought that he may not be interested in my opinion,so I just asked him to put it away.
So he starts to fumble with it on his right side trying I assumed to get it back in its holster.
This is when I hear something hit the floor(I was driving a Taxi-Van) and I mentioned this to him,his reply was oh that was just my damn cell phone.
I don't think so pal I tell him,it sounded a little heavy for a cell phone,so I turn on the interior lights and sure enough there is his gun laying on the floor mat.
He picked it up and finally got it secured as we headed into Town.
Thankfully we didn't find his ex at home,and I drove him back to his place.
He paid the rather large fare for the round trip,and tipped me a twenty,mentioning as he got out of the van that he would appreciate it if I kept quite about our little adventure.
No problem there buddy I assured him as I made a hasty exit from his driveway!
Posted by Cabbie Joe at 12:34 AM 1 comment: