How To Take A Perfectly Good Business & Snort It Up Your Nose. 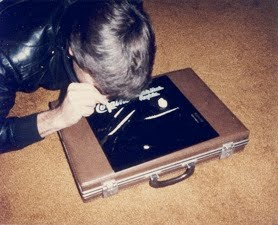 The demise of "Acme Yellow Cab" began the day it was purchased by *Hans  Nozecandee.Hans purchased the company from *Robert Jones in December 1998.
Rob had owned and operated Acme since 1986,and he ran a tight,no-nonsense operation.Being the only cab company in town at the time,Acme was a cash cow.
I was hired by Rob in 1995,to say that he was an old school tyrant,disliked by almost everyone who crossed his path, would be an understatement.But at the end of the day, hate him or not,Rob was a business man,and the company flourished under his rule.

Enter Hans,who from day one I could envision putting Acme into a free fall,and sadly that vision would become reality.
Hans was the polar opposite of Rob.Where Rob came from humble beginnings, and knew the value of a dollar,Hans was a spoon fed rich man,who literally, at the age of 45 had never held a job.I use the term "Man" loosely here,as in reality,he was more adolescent, then  he was adult.
Hans came from a very wealthy family,a family who had actually given him a quarter of a million dollars to buy the cab company,in order to give him something to do.To bad they didn't just buy him a hobby farm instead.
Like any over indulged child,Hans soon grew bored with his new toy, and became less and less interested in the day-to-day operations, and especially the inherent responsibilities involved in running a business.
In just over a year Hans had begun to seek other forms of stimulation.He would go on to piss away vast amounts of company money acquiring race horses,stock cars and other assorted toys for big boys.All of which after a short time he would become bored with, and discard   at random.
This is about the time Hans took up a new hobby,snorting cocaine.Our office became party central,booze and drugs became readily available.For the longest time we had a resident drug dealer hanging around the office on a daily basis.Hans introduced this fellow to the staff as being his best friend,but in reality he was a fairly high level drug dealer,and Hans' sole connection to cocaine bliss.
This individual became a regular fixture at the office,pulling up everyday in his Mercedes with his two loyal pit-bulls always at his side.  He didn't work, dealing drugs of all kinds, was his full-time occupation,and he knew a good mark when he saw one,and Hans was a mark with lots of cash.
Eventually Hans would spend less and less time at the office,and ultimately becoming an absentee owner.
I was lead driver at this time and the brunt of the operation now fell on me and an excellent staff of drivers and dispatchers.
This was Hans' only saving grace.The staff was like family,we loved our jobs and worked hard to keep things going.
The staff would later approach Hans and ask him to promote me to general manager,in hopes that with my background working under Rob Jones,I would know best how to run the place as a business and not as an "anything goes drop in centre".
Hans agreed to this arrangement,and the only time he would make an appearance would be when he needed to dip into the safe for some cash, to feed what was rapidly becoming, an increasingly expensive addiction to cocaine.
His need for more and more cash to finance this sickness finally got so great, that if he continued draining the cash flow, we were going to end up bankrupt.
So at this point I had the lock's to my office and the safe changed,with myself and the book-keeper, being the sole key holders.
Hans must have had a moment of clarity on how serious his addiction had become,as he never overruled me on this rather brazen undertaking.I mean how many business owners have to go through their manager in order to "access their own money"
From that day forward I  limited Hans  to two hundred dollars a day in cash.He would never ask how business was going,or even pass the time of day.He just came for the cash and left,it had truly become a bizarre situation.
All things considered the staff and I had everything else running smoothly and business was good.Then of course the bomb fell, in the guise of the tax man walking in the front door.
As it turned out, unbeknown to us,Hans owed hundreds of thousands in unpaid federal taxes.
How he had escaped paying them for so long, with out the government taking immediate action,is beyond me.
But I don't have to guess where the money ended up...
In ten years Hans had managed to drive a 30-year-old thriving cab company into the ground-or should I say up his nose.
25 hard-working people lost their jobs after that fateful day-all due to a man/child, raised with absolutely no  sense of responsibility,and a horrible addiction to cocaine.
What a waste and what a tragedy.