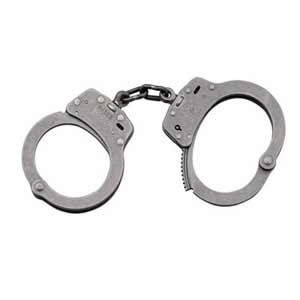 I was dispatched to pick up a fare at the local MacDonald's,when I arrived a well dressed man in his late thirties scrambled into the back seat.
"I'm going out to County Road 47,and I need to get there "quickly" he exclaimed.
No problem I replied, there is no traffic this time of night ,we should make it there in good time.
This is a good one I thought to myself,as I pulled out of the lot and gunned it up the main street,it will be at least a $40.00 trip.
I had only gone about three blocks when a police cruiser pulled in behind me and lit me up with his flashing lights.
"Damn" I said aloud to my passenger,I'm getting pulled over,"guess I gunned it a bit to much", I was startled by my fares response,"no he says,its me they want".
The police officer approached my window and as I reached for my documentation,he says "relax its your passenger that I want to talk to"
At this point he opens my rear door and starts to berate my fare in no uncertain terms,leaving him with the warning "this is your lucky day pal,I'm going to let this cabbie take you home,instead of me taking you to jail,don't let it happen again".
Apparently the police were behind this fellow on the highway,suspicious that he might be impaired,they were going to pull him over.
But he had deked in to the MacDonalds parking lot,parked his car and had gone in one door and out the other,which is where he had called for the cab.
As we pulled away this fellow almost wept with relief that he had not been arrested,"I'm a small business owner in the city he said,an impaired charge would have ruined me".
This indeed was his lucky day.
Posted by Cabbie Joe at 6:00 AM